As the blog gets larger and larger, it will become more and more apparent that I am big into fish, seafood…anything that comes from the sea. In this particular instance, I wanted to make something bold and flavorful and show that anyone can make a very good meal without having to spend a lot of time in the kitchen. 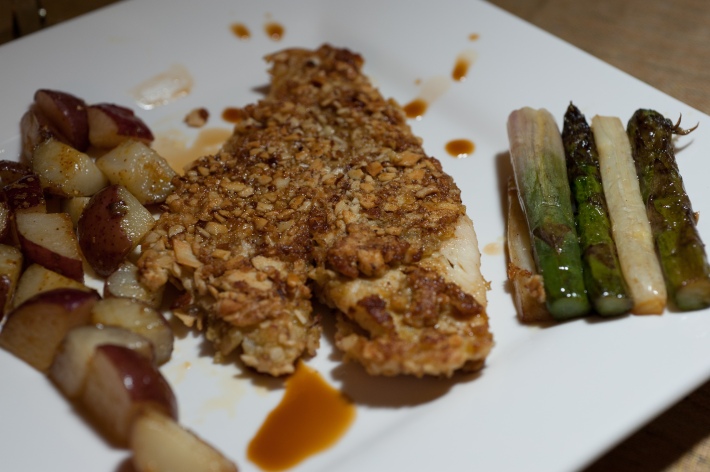 White fish such as flounder are nice to utilize as the lighter flavors are easily manipulated in a variety of ways and the creativity can flow. For this meal, I decided to make encrusted flounder with a almond-wasabi base.

The flounder filets I initially coated with flour then beat one egg and coated them with that. For the crust, you can use normal almonds ground up, but since I had almond slices for a baking project, I just took them and ground them up into small pieces. I then added some wasabi powder (can be found in the Asian section at the grocery store) and a pinch of corn starch so when it gets fried in the oil it forms a nice crust.

You can use regular oil to cook the fish in, however since I was going with an “Asian” theme, I decided to cook the flounder in a sesame oil. I heated the oil in a deep pan until it was hot then added the fish to the already hot oil. Then it just needs to cook for a few minutes on both sides until golden brown. 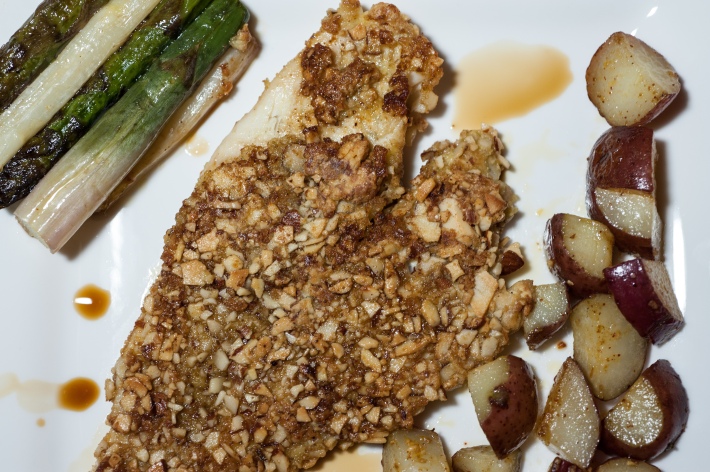 As a sauce for the fish, it was rather simple- All I took was some light soy sauce, some ground up ginger, and a little bit of corn syrup to thicken it a little bit…This provided a nice contrast to the slight spiciness of the crust.

For the potatoes I went with a citrus-pepper seasoning which was just lemon peel, smoked salt, and chili powder along with some oil and for the asparagus I just pan-seared it until slight brown to give it a grilled flavor. 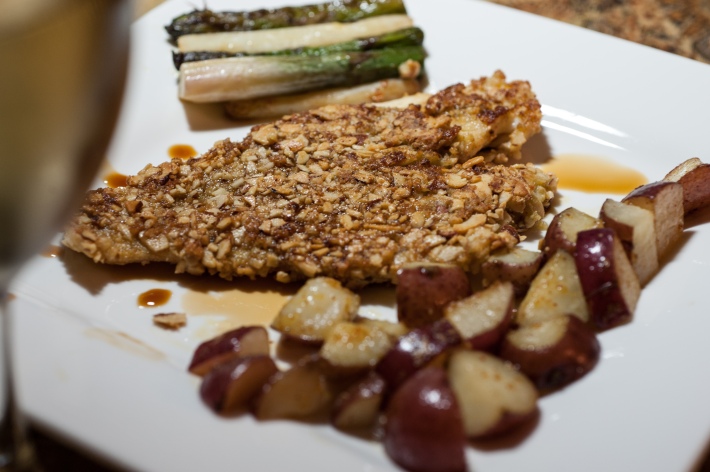 In all, including prep time for making the crust, the meal took somewhere between 20-25 minutes to prepare and cook. Of course since it was a nice light wish I had a nice glass of a dry white wine to go along with.