A while back in the winter time I had originally posted an “indoor” version of a burger which can be seen here.

Now that the weather is warm and the grill can be fired up, it is time to have some fun and experiment with different variations of burger concepts and toppings. Today I will present two wonderful ideas and as the summer progresses, there will be many more to come.

Before I get into the main jist of things, I’ll quickly go through the making of the patties. I am not typically one to add a whole lot fo stuff into the burger itself or jump on the tv craze of “stuffed” burgers. I am somewhat agreeable with chef Bobby Flay in that the burger itself should be simple and that adding additional flavors and elements should be in the roll, toppings, etc.

The patties I created I used 90% ground beef. I take a few strips of uncooked bacon and dice them up into a mush and mix well into the beef. I know a lot of people may utilize seasonings such as onion/garlic salt, but I prefer to finely dice up both vegetables themselves and add them into the mix. I then utilize some sweet paprika and a touch of sage and then make the patties by hand (no tools required). 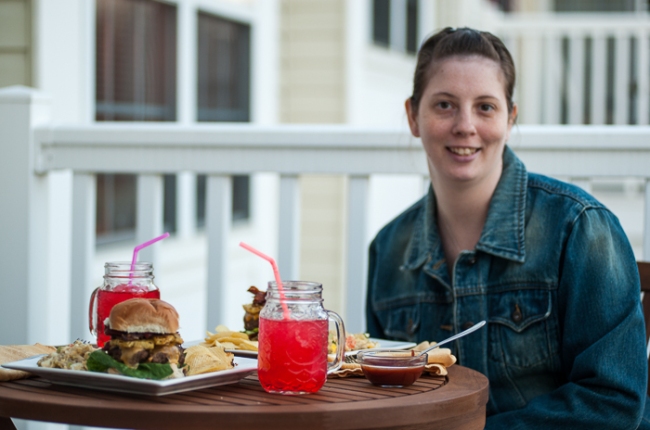 The first version I attempted was a nice little bit of sweet and spicy. Along with grilling the burgers, I had also cut up slices of fresh pineapple and some orange habaneros and tossed them on the grill as well. In a small skillet I had fried up and then used breadcrumbs to coat and make some crispy onion straws. I had also fried up some bacon which I added some fresh peppercorn for a little kick.

When the burgers were close to being fully done, I tossed some Colby cheese onto the patties and let it melt on top (about 4-5 minutes).

And, now on to the second version. 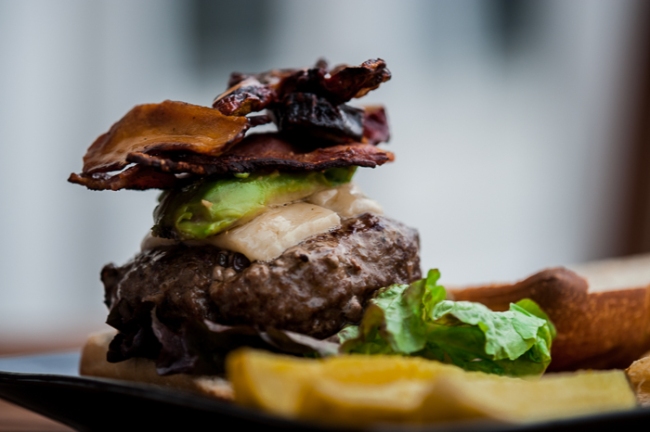 In this instance I decided to go with more natural and “woodsy” flavors as opposed to sweet and spicy combinations.

As in the previous instance, as the burger was almost done I had added on the cheese to melt a little. I chose a nice 3 year aged cheddar to top. After the cheddar, I cut up a fresh avocado and threw on a nice slice of that. I had some dried lobster mushrooms which I had re-hydrated in some water and then sauteed in a little oil. Now with my birthday just happening, one of the gifts I received was the Polyscience Smoking Gun. What better way to test was to cook up a few slices of bacon and then add some applewood smokiness to them? This was all served on a ciabatta roll with some red leaf lettuce and a side of polish pickles and some chips.